Although most people will want extended Wireless (Wi-Fi) access we will also look at how to extend both wired and wireless access.

If we start with a basic home network consisting of a single Wireless access point (WAP) that is part of the Wireless router as described in building a home network and shown below: 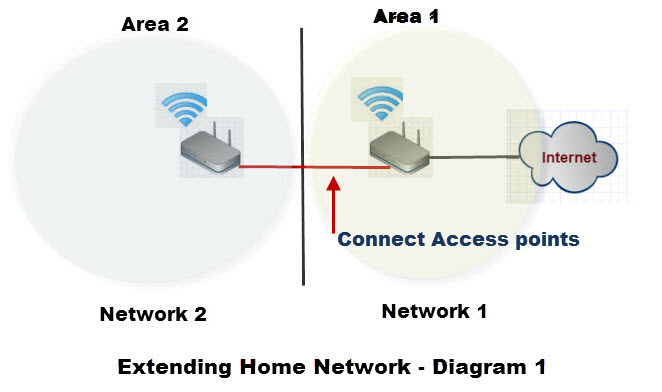 This is probably the quickest and easiest method and according to a recent survey used by over 20% of US households.

It also usually means that the throughput is halved. However some repeaters using different bands i.e. they could use the 5Ghz band for the connection to the WAP and the 2.5 Ghz band for connecting to devices. 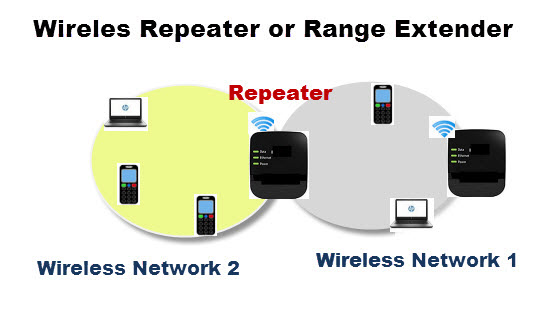 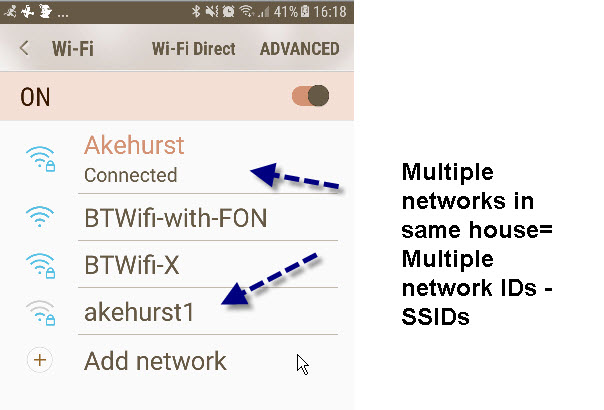 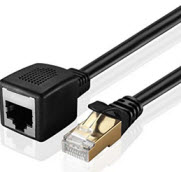 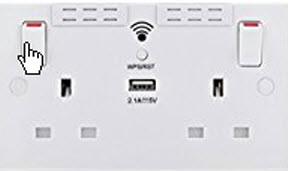 A- Yes but a router is the wrong choice on a home network unless you want two separate networks. A network switch is the better choice and the easiest. Using a router would involve setup that would require a very good knowledge of networking, and sub netting in particular. See 2 Routers on a home network